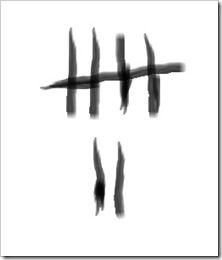 I was tagged by the beautiful Tasha Chawner to share seven things about me. While I am flattered that she  thought of me in all my blogging glory, I am having a hard time coming up with seven things to mention…darn it I am just not that interesting! 😉

1. I taught myself the alphabet in Canadian Sign language…

…which, for all intents & purposes is American Sign Language – ASL – (we say “zed”, they say “zee”) but as far as the signing, it’s the same. :). Yes my #1 is totally piggy backing on Tasha’s #5. 😉 I taught myself so that I could have hand gestures when singing the alphabet song (heavily requested in my house) with my three year old during circle time. I was quite impressed at how quickly I learned, now I would love to learn more! 🙂

2. I hate spiders but they love me.

Over the years, I have learned to tolerate them, as they do such a nice job keeping the other bug populace down. But they seem to want to be friends even though I would like to remain acquaintances. Here at the computer for instance, on a regular basis they like to come crawling up (or repel downwards), and I usually don’t notice until they’re traveling up my arm or neck. Flick it away and minutes later I witness it crawling back up the chair. Hello…take the hint! Recently I had one crawling up my leg while we were travelling down the interstate in Massachusetts. I had to stifle my screams lest Rick drive off the highway. Plus with the kids I have learned to suppress my disgust for them so to not encourage a phobia of their own. 😉

Totally in the irrational, childlike sense. I don’t think I ever got over fears from childhood, and too many episodes of “Unsolved Mysteries” back in the day really did not help me out there. You remember the original – Robert Stack’s voice, the creepy music…any who…if I have to travel anywhere by myself in the dark – say, to the loo in the middle of the night – I take a deep breath, move as quickly as I can & keep my eyes shut tight as much as possible…lest I see a – dead person or ax murderer or something. Things that go bump in the night – ask my husband, I have woke him many a time to check on a noise that was just the cat vomiting. 😉

Which may come to a surprise to you if we have only interacted in social settings. I have the traits of a person of the melancholic temperament.  I spend a lot of time in my head – contemplating & compartmentalizing everything…so when it comes to socializing in large groups I just don’t know how that chaos fits into my world. Many times people assume that I am depressed or upset or snobby or rude…truthfully I just spend a lot of time “out of my body” as I am so self aware. Over the years I have learned how to be an out-going creature, but  it makes me feel rather drained & it takes me a long time to recover from a social event. This doesn’t mean I don’t enjoy a good party, in fact I do need those as well to help keep me balanced. I really look forward to participating despite the awkward feelings I may have during/after the fact.

5. My dreams predict when something significant will happen to someone close to me.

I could add myself to that as I dreamed I was pregnant with baby girls just days before conceiving both my daughters. I dreamed a close friend was having a boy, and everyone was convinced it was a girl. My dream was right. The last prediction dream I had was two years ago – I dreamed of the death of my mother. One week later she died suddenly at the age of 54. Needless to say this experience has left me rather rattled and I have not had a prediction dream since. I think subconsciously I have turned off that filter, at least for now. The difference between a prediction dream vs. a regular dream is that it is startlingly real. I can  touch, smell, feel everything – know everyone who is in it (I tend to dream about strangers a lot…characters my head seems to make up in slumber land) and I am left feeling like I have be thrust back to earth to my body as if I were in another time or place.

I’m sure that being left handed comes to no surprise seeing how creative I am. But I am actually somewhat ambidextrous – for lack of a better descriptive term. Although I am left hand dominant for writing & using eating utensils, I tend to use my right hand for everything else: using a can opener, scissors or pliers, throwing a baseball… Still, I recognize myself as a south paw; everything creative comes out of my left hand whether it be writing or sketches for jewelry designs.

…in a creative sense – not when I am say, writing a cheque or even listing a new item in my shops. It’s happening right now! It’s like I have a hot flash when I have to think and write at the same time…I can remember the same thing happening when I used to write essays in high school! My poor little brain cells are firing so fast they are creating a lot of heat in that noggin of mine. 😉

There you have it, Tasha – Seven Things. And yes, it was painful to come up with! I do hope it was somewhat entertaining! 🙂