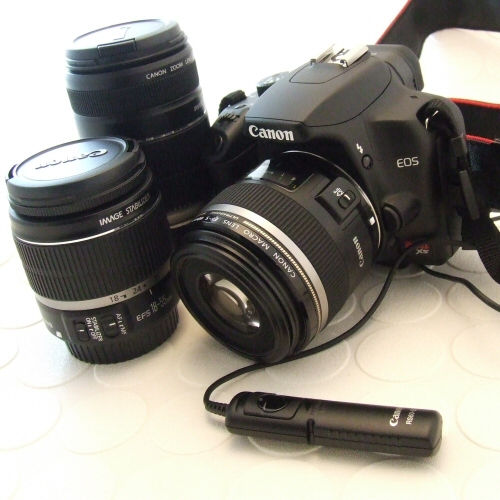 I’ve been quiet as of  late, & that is because last week I finally decided it was time to upgrade my camera & invest in something less automatic. I have been using a digital point-and-shoot camera for 4 years now,  & it has served me well. However I felt very limited. I wanted to be able to customize more, and also achieve true macro photos, rather than ” macro”  (close ups) with a telephoto lens. I wanted to get more detail in my photos; that 3-D effect you see with a true macro lens.I also found photo taking time consuming, as I would have to take several shots, then download them onto my computer, sift through the different angles and choose the best. Time is money. Being able to take a decent picture the first time, crop & go would be heavenly! Especially with the amount of jewelry I have been making lately.

So I assessed my needs. I knew for my budget and experience I wanted something relatively entry level as far as ” pro”  style cameras were concerned. For me that meant being able to add a macro lens. I needed speed & ease of use. I needed something I could learn quickly & start taking decent photos right away without much of a learning curve, but still be able to customize.

So I narrowed it down to the two main players. Will it be Nikon or Canon? In the end I decided on a Canon camera specifically because it comes with computer software (Nikon has software too but you have to purchase it separately). Computer software means – you can control your camera & shoot your photos directly to your computer – which is a huge time saver!

The other reason I was sold on a Canon is because Costco sold them. With Costco I can return the camera with no questions asked, so if it didn’t meet my needs it would be easy change. Also Costco products come with a 2 year warranty with my membership. For my budget, Costco had the Canon EOS Rebel XS and XSi series. The difference was about $200 on the price. In the end I went with the Rebel XS as I wanted to have cash for accessories like a macro lens & a remote switch. I figured a sacrifice of megapixels for a great lens was worth t. 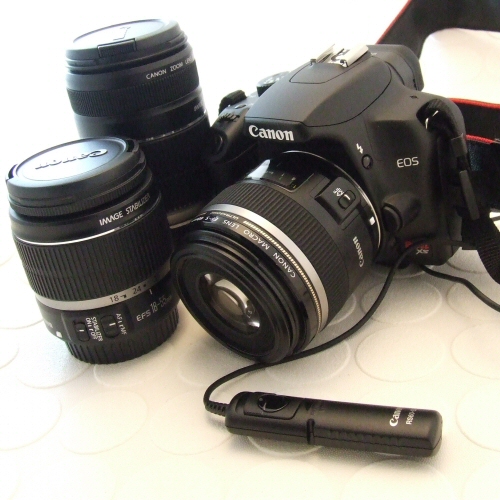 Costco sold both cameras with an add-on package which included a bonus lens (comes with both EF-S 18-55IS and EF-S 55-250IS…I guess “IS ” is a relatively new technology for them that stabilizes the lens to compensate for camera shake) & camera bag. The macro lens and switch I bought from a local camera store. The switch is great because you don’t have to worry about moving/shaking the camera when you press the shutter, but honestly I’m not using it as much as I thought I would since I am controlling the camera from my computer. Still a handy accessory to have.

As far as the macro lens goes, it was a painful decision for me. I knew I wanted the 100mm macro lens, but it was a hard pill to swallow cost wise – more than the price of the camera. So I decided on the 60mm lens: EF-S 60mm f/2,8 Macro USM. It was roughly the same cost as the camera, which was easier for me to live with. I have to be closer to my subject to take the photo but it still photographs wonderfully and the motor is whisper quiet. 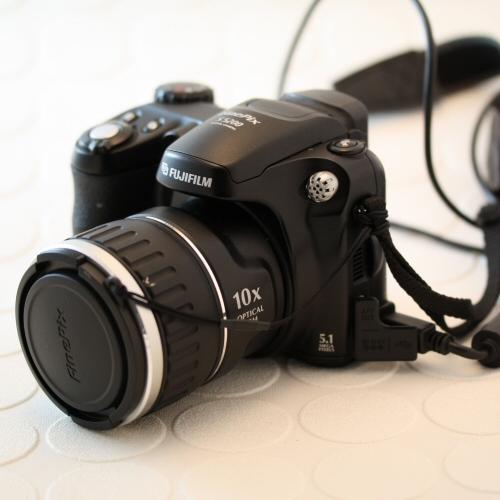 This is my old camera…good ol’  point-and-shoot Fuji Finepix. Bought for approx. $300 CAD 4 years ago. Served me well and we will still use it as a back up camera.

But how does it do for taking pictures, you ask? Is it really worth the investment? Keep in mind, I am still learning. But I am impressed by the results despite my limited knowledge of camera settings.

The one on the left is taken with my Fuji camera. That is about as close as I could get to the piece, and about as white as I could get the background without ” photoshopping” .  The one on the right is with the new Canon Rebel camera, absolutely no cleaning or tweaking of the image. Taken by someone who didn’t know what the heck they were doing. The macro lens was pretty much fresh out of the box here. I immediately fell in love. 😉 I’d say not bad for straight off the camera. I know many would argue it is washed out – that is a camera setting thing – I personally like the artistic merit of the image in this form. 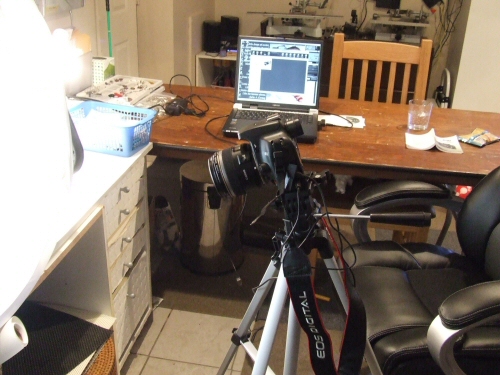 Here’s my set up. My old laptop is controlling the camera. 🙂 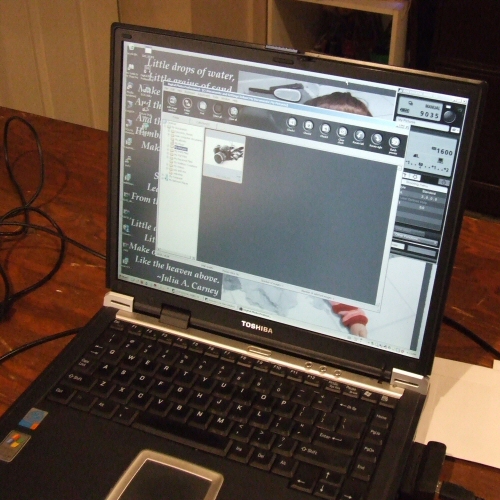 I think my only disappointment is that there are some tools in the software unavailable for the XS and XSi series that the higher end cameras have the ability to do (like setting custom white balance).  I guess that means upgrade in the next few years. 😉

Read about my other new gadget that I love:  The Nook on my other inspired blog. 🙂