Welcome to my online shop. I’ve been making and selling my creations for 2 decades. Currently I have personalized jewelry, handspun yarn, handmade stitch markers and earrings for sale. You can checkout my feedback on etsy or ebay, and never hesitate to contact me with any questions. 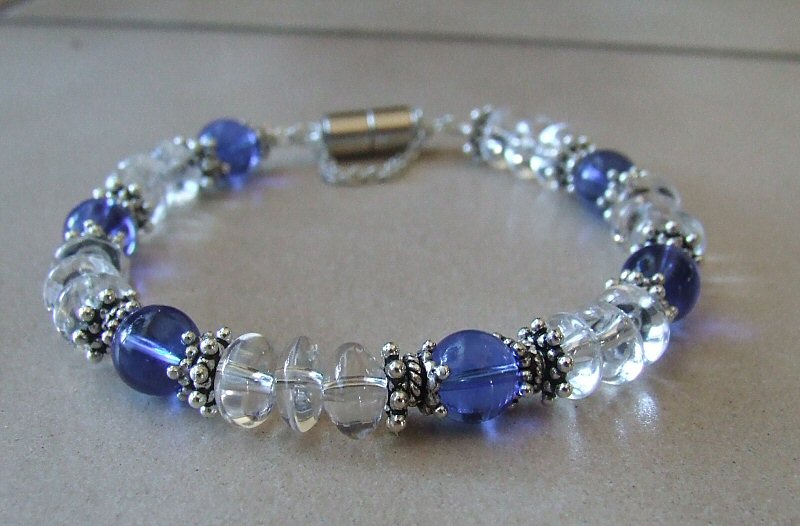 I”m tired tonight. Between running after my toddler I decided it was time to clean up my email. I am about ready to go cross-eyed!

I did sneak this piece in however:

I was in a quartz mood today. Quartz is so amplifying…I think because the weather has been so mild & sunny for February in Québec I wanted to capture that good energy within the quartz. I am also partial to clear quartz (AKA rock crystal) since it is a birthstone alternative for April, my birth month. Let’s face it, we can’t always afford diamonds! 🙂

The blue quartz is formed by a process called reclaiming. That’s where they take pices of quartz and fuse it into glass to make beads. I’m all for waste not want not so I think that’s a great idea. The clear quartz is the real deal, through & through.